I wrote and presented this story to my writing group two years ago, where it provoked some heated debate as my fellow writers tried to work out what was going on. In any case, I give you: 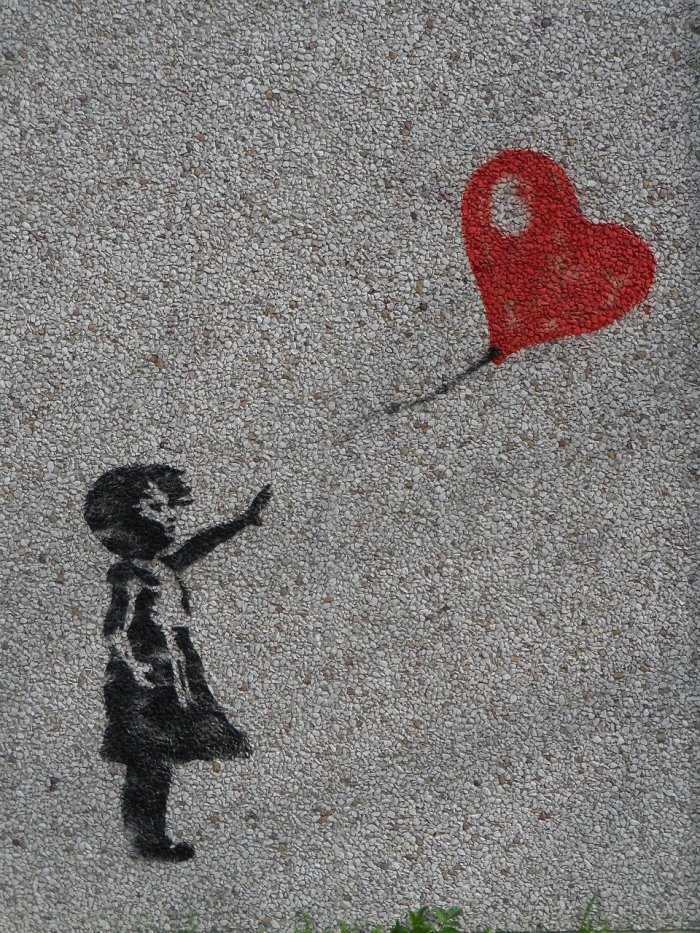 The first statement appears on the wall of the NCP car park on Friday, February 3rd, 2017. The Helvetica Font lettering almost ten-foot-tall, in Fuchsia Pink standing proud against the grey wall.

The rest appear each Friday over eight weeks in the following order:

And for those eight weeks as fast as the authorities painted over, patched up and returned the wall to its original municipal grey. Some mystery person or persons seemed determined to add colour, shape, and texture to the otherwise bare wall. Whoever it was, seemed able to elude all surveillance.

But on that first Friday morning.

‘What is that?’ Tim pulls on the sleeve of his mum Sue, as they take their usual cut through to school. Usually, Sue would not bother to stop, but something in Tim’s tone causes her to pause a fraction and follow the direction of his finger.

‘A mistake?’ Muses Sue as she considers the wall and the writing on it. ‘Doesn’t make any sense, that is not how you spell, Banksy.’ Sue checks her watch, ‘come on; we’re going to be late!’ Pulling Tim along, Sue promptly forgets all about it, until a picture of the wall and the ‘I am Banksee, statement pops up on her Facebook feed a few days later.

The appearance of the oversized pink statement draws the attention of morning commuters, shoppers, and passers-by. It even makes it into the local newspaper, page four of the Argus, with an article peppered with comments about; ‘feckless youths’, disrespecting property, can’t they find anything better things to do, bring back military service.

The article is enough to galvanise the antisocial behaviour unit of Brighton Council, and they send out their crack team to paint over the offending statement. No one seriously expects to catch the offenders with a spray can in hand, but it is essential to send out a firm message that graffiti is not to be tolerated.

So, precisely five days after its first appearance, the fuchsia pink statement is painted over and returned to municipal grey. Things then continue, as usual, early morning commuters, passer-by’s, shoppers all busy coming and going, barely giving the wall a second glance.

However, it is Tim and Sue passing by on their usual route to school, on Friday, February 10th who notice the reappearance of the statement:

In Tango Orange in Brush script, this time however capitals and small letters are all jumbled.

‘I thought they’d painted that out.’ Sue is pensive as she looks at the second statement.

‘They did, don’t you remember, mum it was pink last time?’ Tim is pleased; he likes the colour and had been sorry to see the wall returned to grey the day before.

‘The council will sort it,’ Sue asserts as they move away. Tim shrugs, but he cannot resist taking one last look over his shoulder to give the wall a little wave. Maybe he is tired after his week at school, but it seems like the letters shimmer back at him.

And then, the ‘I am Banksee’ statements continue to appear each week – each time in a different colour and a jumble of capitals and non-capitals. A few enthusiasts hold vigils as they attempt to identify the perpetrators. Yet somehow no one can quite manage to stay awake through the whole night.

Each Thursday, the wall is painted over, and without fail, the statements reappear on a Friday. Even when the council sources anti-graffiti, anti-spray coating for the wall.

By week six, the statements are beginning to attract national as well as regional press interest. Everyone wants to know who this Banksee is and why they are so attracted to this wall. Local businesses are starting to enjoy an upturn in their fortunes as the fame of the wall spreads and attracts curious tourists.

It even attracts comment and interest from Banksy, curious himself to find out more.

Banksy is so intrigued by the wall and its statement; he decides to leave some work on it himself, careful to match with the Ultra-Violet. Of course, this attracts even more attention and comment as local people and tourists flock to admire the Banksy original.

This is real news, and of course, there is no way that the authorities are going to paint over this piece of work. The council call an emergency meeting to talk about the Banksy work. One of the councillors has tabled the motion of selling the wall to raise much-needed funds. Someone else suggests designating the wall a local heritage asset; someone else wants to increase the cost of the parking.

So, while this is all going on the Banksy work remains undisturbed, admired, and coveted in equal measure. Until March 24th, when the wall is once again found to be adorned with the statement.

In Buttercup Yellow, Pantone reference 12-0752 Freestyle, but this time the letters exactly match the height of the ten-foot wall.

And all traces of the Banksy work, are gone, nowhere to be seen.

On the morning, the 24th, Tim is once again standing in front of the wall. He is excited to see the latest statement, is in his favourite colour.

Sue walks to catch up with her son, ‘what happened to the Banksy work?’

Tim shrugs, he was never too bothered about Banksy and his addition to the Ultra-Violet statement.

Sue, checks her watch, ‘you don’t want to be late for school on your birthday.’

And as they set off, Tim glances back, and this time he is sure he catches a series of smiles pass across the face of the wall. Each one, matching the sequence of colours used to make the statements, starting with Fuchsia Pink, and finishing with Buttercup Yellow.

Over the following weeks, there is intense speculation about the identity of Banksee and why he or she would remove an original Banksy.

Banksy though curious and a little bemused to find his work painted over remains mostly philosophical. This was how it was in his early days, very often, his work was daubed, scrubbed, and painted over, long before he achieved fame and fortune.

It is only Tim who suspects what is going on, and he is not going to share his theory with anyone. Besides, who would believe a small boy of seven? And in any case, Tim is hopeful that the wall will do something different in the future.